Our start to Term 3! - Volcanoes

We have had a great start to Term 3! This term we are volcanologists and are learning about the different types of Volcanoes, how they work and are discovering the Volcanoes we have here in New Zealand!
We wonder how many volcanoes there are in New Zealand and how active they are!
We know a volcano is a mountain that has a molten pool of rock below the surface of the Earth (Magma). When pressure build up, eruptions occur. Gases and rock shoot up through the opening and spill over or fill the air with lava fragments. There are different kids of volcanoes of all shapes and sizes.
We have also learnt about how volcanoes are formed through plate tectonics. New Zealand is made up of many volcanoes with some still being very active! Volcanoes form when magma from within the earths surface works its way up to release pressure. It erupts to form lava flows and ash. Over time a volcano erupts and continues to erupt getting bigger and bigger! 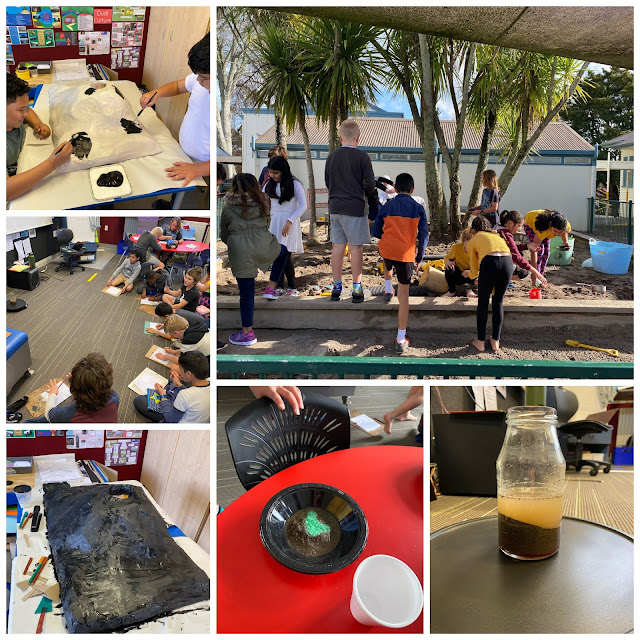 In term 2 we have been learning about the scientific perspective of how our world was created and how species have changed over time. This is called Evolution.

First, we did experiments, research and activities which provided us with knowledge about many different topics within Evolution. Examples of topics were; Extinction, Adaptation (Natural selection), Human evolution, The big bang theory,  Timeline of Earth, Humans adapting to live in space, and so much more.
We then were able to choose the topic that we found interesting and therefore wanted to further explore and research about.
Next, we gathered and interpreted data and became experts on our chosen topics. We then had to come up with a creative and interesting way of presenting our information. We had to think about what was going to be interesting to our audience and then think about the best way of presenting the information in order for our audience to learn. We decided that making our projects interactive was a great way to capture our audiences attention and would be something they are more likely to remember.
All of our finished projects were fantastic and we were given great feedback from our Kauri team friends saying they were exciting and interactive. Each group or individual had so many positive things to reflect on and also something they could work on next time. The great thing about doing these projects is that it is the perfect opportunity to make mistakes, and learn from them.

In term 3, we will have the opportunity to make our own Genius Hour projects where we will have more freedom, and be able to choose a topic about ANYTHING! Genius hour is a movement that allows us to explore our own passions and gives us a set time to learn about what we want to learn. We will then share our finished products with our whanau and reflect on our experience.

Leave a comment below about what you like about our Evolution projects! Did you see them in real life? What did you enjoy? What else would you like to know about Evolution?

Science Big Idea: The diversity of organisms living and extinct is the result of Evolution
We are learning about the scientific perspective of how our world was created, this is called Evolution. We know that Evolution is change over time. This could be the change in organisms, land, and/or technology.
We have learnt so far about adaptation. Adaptation is when species learn to survive in their environments and often change/adapt. Sometimes natural selection (survival of the fittest) means that only the species that can learn to adapt to their environment will survive and therefore evolve.

As a part of our research about evolution/change over time we have looked at fossils!
Fossils are the remains of the organisms that are no longer alive. Some of the fossils we have been looking at show us organisms who are now extinct. We have learned that the further down the layers the older the fossils are. Fossils also show how species have changed over time. Scientists are able to gather and interpret data and compare fossils from then and now to notice the differences.

We even had a go at making our own fossils! 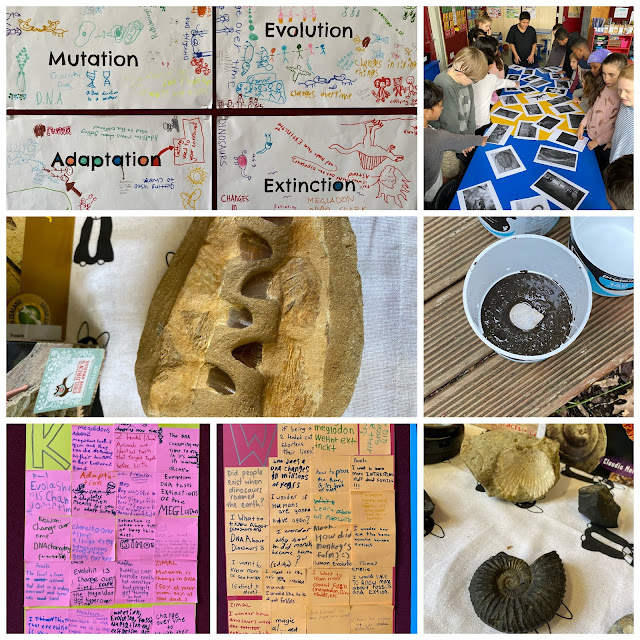 I have seen some amazing work happening in room 9! Well done!
I hope you are enjoying your home learning.

Blog comments!
- I think it would be great to see more comments on our blog posts!
- You can share a little bit about what you have done that week/day for your learning.
- Remember we write comments that are positive, thoughtful, and helpful.
- If you have any questions you can also ask them here!
- I check the comments every day and will reply if you write something! 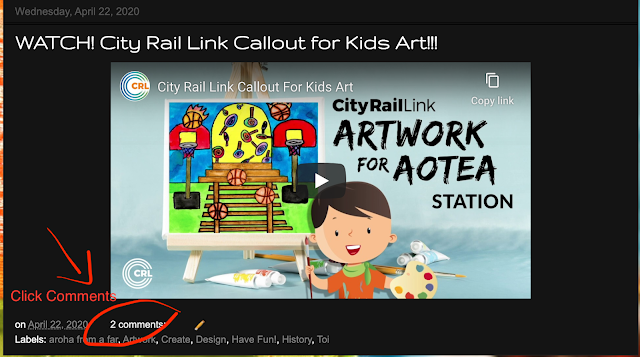 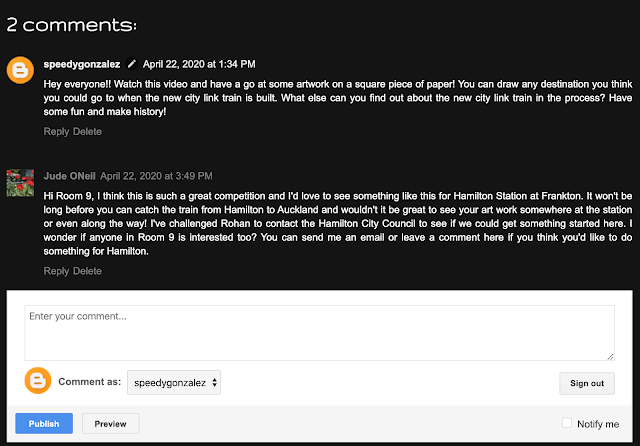 Our start to Term 3! - Volcanoes